Paz de la Huerta is the latest to level allegations of sexual assault against disgraced movie producer Harvey Weinstein.
The actress, who spoke with CBS News, claims that in October 2010 the mogul offered her a ride home to her New York City apartment because they lived near each other.
Weinstein insisted they have a drink, and the two eventually wound up in de la Huerta’s apartment. Once there, Weinstein took off her dress and forced himself on her, de la Huerta alleges. The actress claims to the outlet that she confronted Weinstein in the lobby of the Four Seasons in Los Angeles more than a month later, saying that Weinstein had been repeatedly calling her.
Later that same year, in December, de la Huerta claims Weinstein made an appearance in the lobby of her apartment complex, that the two went upstairs to her apartment, and that she was sexually assaulted again by Weinstein.
The Boardwalk Empire star claims that she had been drinking at the time of the second encounter and was in no condition to consent to sexual activity. 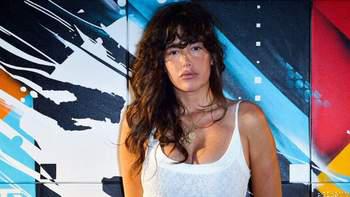