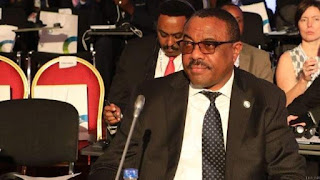 Ethiopia’s prime minister has announced the release of all political prisoners and the closure of a notorious detention centre which allegedly used torture to extract confessions.

Hailemariam Desalegn told a press conference charges would also be dropped for those still awaiting trial. The move was designed to allow political dialogue, he said.

Ethiopia is accused by human rights groups of using mass arrests and detention to stifle opposition. However, this is the first time the government has admitted to having any political prisoners, previously describing them as “criminals”, BBC Ethiopia correspondent Emmanuel Igunza says.

The exact number of people in detention is not known. However, thousands have been detained since 2015, when there were widespread protests calling for political and economic reforms, prompting a crackdown.