The Federal Government’s target to revitalise 10,000 primary healthcare centers, across the country by the year 2020, got some boost at the weekend, as the European Union redeem part of its €100m partnership pledge.
The EU had earlier pledged to the sum of €100m to Nigeria’s Primary Healthcare including the renovation of primary healthcare facilities across the country.
The project is also called the “EU-sign project” aimed at assisting the Federal Government to strengthen primary healthcare services and reduce maternal and child mortality.
European Union Ambassador To Nigeria and ECOWAS, Ketil Karlsen, at the event said, “Efforts to increase capacity in the healthcare sector will amount to little if there is no sustained supply of vaccines to give to children and their mothers.”
The Minister of State for Health, Osagie Ehanire, describes the gesture as a major boost toward achieving the government’s goal for universal health coverage. 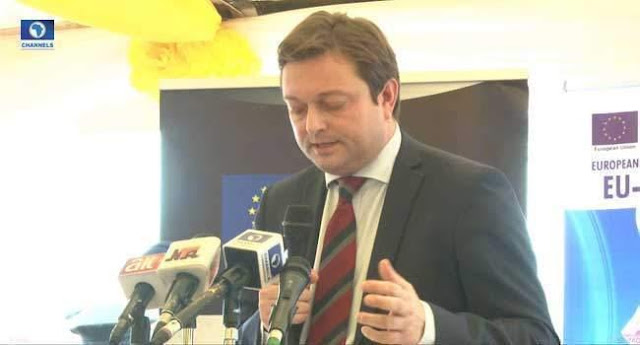