Former Georgian President Mikheil Saakashvili has been arrested in the Ukrainian capital, Kiev, accused of assisting a criminal organisation.
Masked officers dragged Mr Saakashvili from his home while supporters protested in the street. Earlier, he addressed the crowd from the roof of the building calling on Ukrainians to drive “the thieves” away.

Mr Saakashvili has accused President Petro Poroshenko, his former ally, of failing to root out corruption. Two days ago, he led a march in Kiev calling for the president to be impeached.
Mr Saakashvili’s supporters tried to stop the police van taking him from leaving. Some of them clashed with security officers. 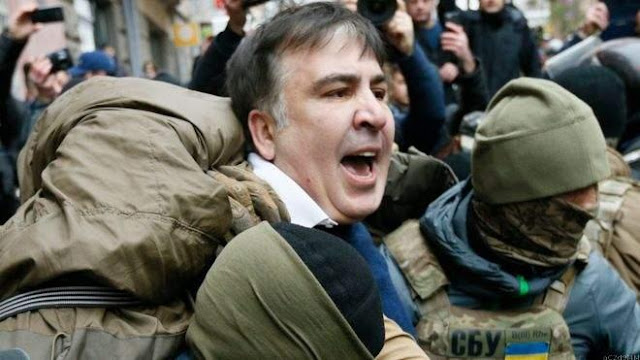