Indications emerged on Wednesday that the Enugu State Government has made arrangements to fly a former Vice-President, Dr. Alex Ekwueme, out of the country for medical treatment.
The second republic Vice-President is currently at the Intensive Care Unit of Memfys Hospital for Neurosurgery, in Trans-Ekulu, Enugu, after collapsing at his residence in the Independence Layout area of Enugu on Saturday.
A source in the Enugu State Government House informed our correspondent on Wednesday that the state government had made arrangements to fly Ekwueme out of the country, for medical attention in an undisclosed country.
Although the source did not disclose the particular country and hospital where the elder statesman would be flown to, he explained that relevant officials of the state government had contacted Ekwueme’s personal physicians in order to arrange the planned medical trip. “The Enugu State Government is making arrangements to fly him (Ekwueme) out of the country to enable him to receive adequate medical attention. 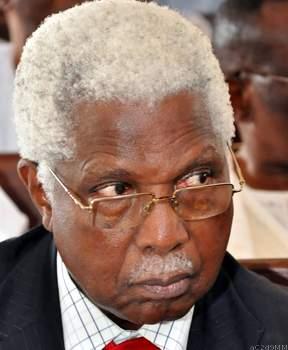