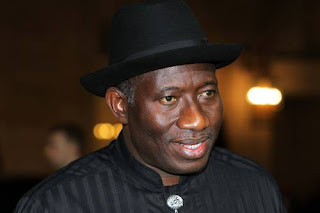 The Economic and Financial Crimes Commission says the sum of N27bn, which formed part of the proceeds of the sale of Power Holding Company of Nigeria, was shared among top government functionaries in 2014.

The EFCC disclosed this in a court paper filed before the Federal High Court in Abuja on December 5, 2017.

The total sum of N27,188,232,208.20, allegedly looted by the named officials was said to be meant for the settlement of the insurance premiums for disengaged members of staff of PHCN.

Among the top government officials, named in the alleged scam, were the then Chief of Staff to the then President Goodluck Jonathan, Brig. Gen. Jones Arogbofa (retd.); the then Accountant General of the Federation, Mr. Jonah Otunla; and the then Permanent Secretary in the Ministry of Power, Dr. Godknows Igali.

Others also named in the scam are a cousin to Jonathan, Robert Azibaola; a former Director-General, Bureau for Public Enterprises, Mr. Benjamin Dikki; and a former Minister of State for Power, Mohammed Wakil.A supporting affidavit, filed alongside the EFCC’s ex parte application, stated how the money was shared. The commission alleged that through proxies, Arogbofa got N150m; Dikki N1bn; Igali, N475m; Otunla N3.6bn; Jonathan’s cousin, Azibaola, N2.5bn; and Wakil, N118m.