Recent studies showed that the Great Barrier Reef, the world’s largest coral reef system, is severely damaged. In fact, a leading environmentalist/writer Rowan Jacobsen said that the reef in Australia passed away in 2016.
But now marine biologist Johnny Gaskell has made a significant discovery. Gaskell discovered a giant blue hole in the famous reef and recently he dived 65 feet down into the hole and found out stunning healthy coral colonies.
This is a rare discovery, especially, when the environmentalists said that one of the natural wonders of the world was severely damaged by the climate change.
“This Blue Hole has previously been described by geologists who suggested it could be even older than the famous Great Blue Hole, in Belize,” Gaskell wrote on his Instagram post and shared a photo of the blue hole.
“Its location is in one of the least explored parts Great Barrier Reef, over 200km from Daydream Island. To get there we had to travel overnight for 10 hours and time the tides perfectly… Was well worth it!”
UCJ, UNILORIN. 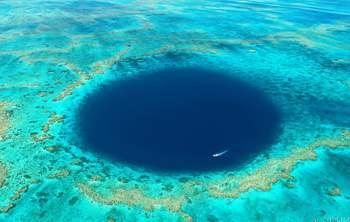