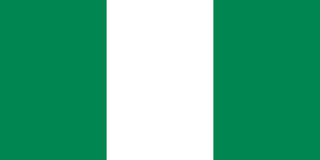 The criticisms trailing the approval of $1billion for Boko Haram war and violent crimes across the country is unnecessary and unhelpful, the Minister of Information, Culture, and Tourism Lai Muhammed said yesterday.

The minister said the $1bn was meant to fight security challenges including Boko Haram, illegal oil bunkering, kidnapping and cattle rustling, as well as the acquisition of military ammunition and hardware.

Speaking at a news conference in Lagos, the minister expressed dismay that an action intended to make the country safer had been subjected to attacks by people with ulterior motives. The minister said that it was wrong to sacrifice the issue of security on the altar of politics, saying opponents of the fund were taking politics too far.

The National Economic Council (NEC), comprising the 36 state governors, approved the fund from the Excess Crude Account, a move that generated controversy. “I said unnecessary and uninformed because everyone knows the role the military is playing in helping to tackle the numerous security crisis facing the states, much less the war against Boko Haram.”