Rotimi Amaechi, Minister of Transportation, says it was high time the President Muhammadu Buhari-led Federal Government stopped criticising former President Goodluck Jonathan.
Amaechi enthused that the present administration should focus on achieving its campaign promises rather than dissipate energy on Jonathan.
The Minister spoke when he received the report of the Inter-Ministerial Committee for the finalisation of the Draft National Transport Policy (NTP) in Abuja.
He said, “I agree with those who said we should stop criticising the last government and do our own. We need to leverage on what we know. People are shouting intermodal transport.”
He added that Nigeria should see how much investment we can put into ICT. Intelligence transportation should not be ignored.
Ameachi said,  “What assure Nigerians is that under the Buhari administration, we would do everything possible to ensure that we maximise the resources which accrues to each ministry.” 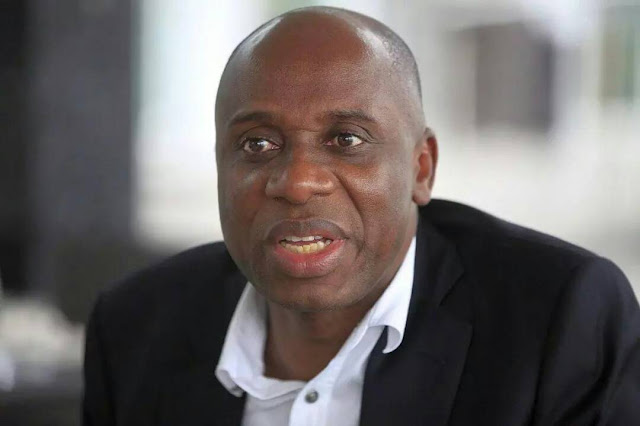