A fire outbreak at the Adeyemi College of Education (ACE) in Ondo has destroyed properties worth millions of naira, Sahara Reporters has learned.
The inferno which started around 10 pm on Thursday razed some sections of the School of Education at the college.
Our correspondent gathered that the fire outbreak was caused by a power surge in one of the offices inside the building. The incident also caused pandemonium as some of the students scampered to save the building from totally being razed.
Some students that confirmed the fire outbreak told Sahara Reporters that vital documents were completely destroyed as the outbreak lasted several hours.
One of the students who preferred not to be named during a telephone chat said that examination scripts were destroyed during the outbreak in the office.
He disclosed that all effort made to stop the inferno was unsuccessful as the fire extinguishers inside the old building had become obsolete. 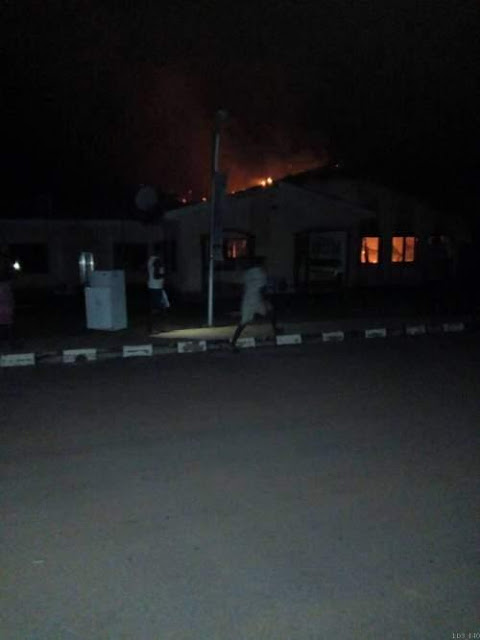