The European Union has published its first blacklist of tax havens, naming 17 territories including Saint Lucia, Barbados and South Korea.
A “watchlist” of 47 countries promising to change their tax rules to meet EU standards has also been issued.
The “grey list” includes several with UK links, including Hong Kong, Jersey, Bermuda and the Cayman Islands, as well as Switzerland and Turkey.
Both lists have been criticised as omitting the most notorious tax havens. The lists follow the leaking of the Panama Papers and the Paradise Papers, revealing how companies and individuals hid their wealth from tax authorities around the world in offshore accounts.
EU tax commissioner Pierre Moscovici said the blacklist represented “substantial progress”, adding: “Its very existence is an important step forward. But because it is the first EU list, it remains an insufficient response to the scale of tax evasion worldwide.”
EU members have been left to decide what action to take against the offenders. Ministers ruled out imposing a withholding tax on transactions to tax havens as well as other financial sanctions.
Some states, such as Luxembourg and Malta, opposed stricter sanctions, according to officials. EU Commission Vice-President Valdis Dombrovskis said “stronger countermeasures would have been preferable”.
Panama is one of the 17 countries listed by the EU but its president, Juan Carlos Varela, said the country was “not in any way a tax haven”. 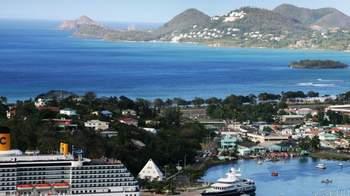