Four people accused of booing First Lady Grace Mugabe are facing charges of undermining the president’s authority. They were arrested after a rally in Bulawayo where Mrs Mugabe spoke last Saturday, the state-owned Herald newspaper reports.
They have now been released on bail and have not yet commented on the charges. The booing came amid a bitter battle between rival factions of the governing Zanu-PF party to succeed President Robert Mugabe, aged 93.
Mrs Mugabe leads one faction, while former Vice-President Emmerson Mnangagwa leads the other. He was sacked two days after the heckling and has since fled to neighbouring South Africa.
UCJ, UNILORIN. 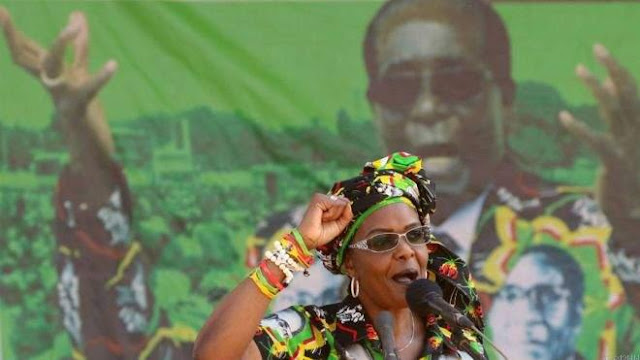