French President Emmanuel Macron made a surprise trip to Saudi Arabia, saying he wanted to speak to the kingdom’s young, assertive crown prince about Iran and the war in Yemen.
It suggests that France believes the king’s 32-year-old son, Prince Mohammed, now controls the levers of power in the kingdom amid rumours his father may abdicate.
Macron said he made the decision earlier in the day about heading to Saudi Arabia, in part over Shiite rebels in Yemen launching a ballistic missile that targeted Riyadh, the kingdom’s capital.
He bluntly blamed Iran for the attack, saying that though he still supported Tehran’s 2015 nuclear deal with world powers, a new agreement needed to be reached concerning Iran’s missile program.
Macron met with Crown Prince Mohammed bin Salman late Thursday night and “expressed France’s condemnation of targeting Riyadh city by a ballistic missile,” according to a report on the state-run Saudi Press Agency.
“I believe it’s important that we work with Saudi Arabia for the purpose of guaranteeing stability in the region and the fight against terrorism,” Macron also said in the UAE.
UCJ, UNILORIN. 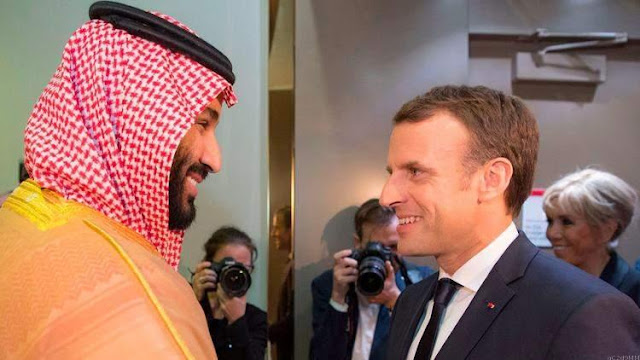