A French court has handed down a three-year suspended jail term to Equatorial Guinea’s Vice President Teodorin Obiang for corruption.
The 48-year-old, known for his lavish tastes, is the son of the oil-rich West African country’s president. He was absent from the trial, where he was found guilty of embezzlement.
His assets in France will be seized, including a mansion on Avenue Foch in Paris. He also got a suspended fine of 30m euros (£27m; $35m).
In November, Swiss prosecutors seized 11 luxury cars belonging to Mr Obiang. They said he had plundered his country’s oil wealth to buy luxuries, including a private jet and Michael Jackson memorabilia.
Equatorial Guinea’s President, Teodoro Obiang Nguema, is Africa’s longest-serving leader and human rights groups accuse him of systematic repression of opponents.
The Paris judge found that the president’s son had used his position as agriculture and forestry minister to syphon off payments from timber firms who were exporting from Equatorial Guinea. 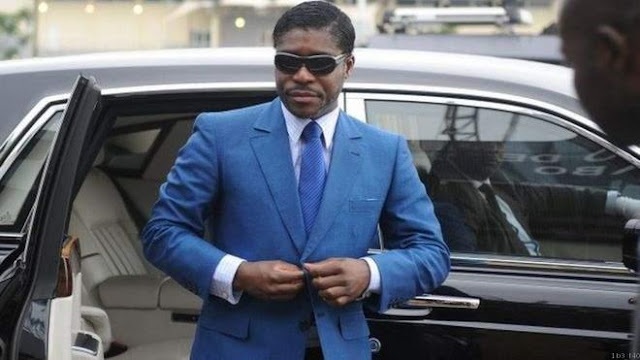