A 🇫🇷French sailor has set a new world record for the fastest solo round-the-world navigation, beating the previous time by more than 6⃣ days.
Francois Gabart finished his circuit of the globe early on Sunday, in a time of 42 days, 16 hours, 40 minutes and 35 seconds.
While chasing the global speed record, Gabart broke several others for solo racing, including the fastest navigation of the Pacific and the longest distance covered in 24 hours – 1,575km (851 miles).
UCJ, UNILORIN. 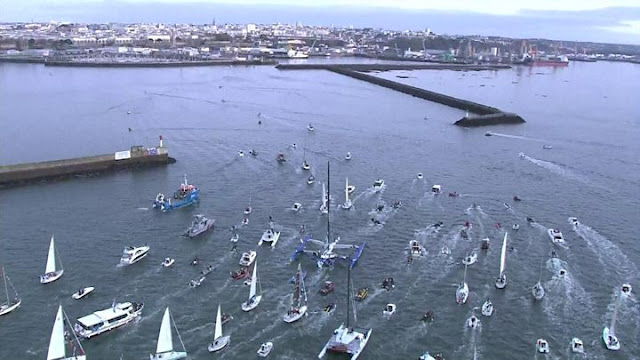