Fuel queues have resurfaced in Sokoto metropolis and its environs, creating hardship for motorists and commuters, the News Agency of Nigeria reports.
A NAN correspondent reports that the queues, which started two days ago, became worse on Monday morning as motorists resorted to panic buying.
Some of the filling stations belonging to Independent Petroleum Marketers Association of Nigeria have increased the price of a litre of petrol from N145 to N150.
At NNPC mega stations and other filling stations run by major marketers, the queues were longer, as they maintained the official price of N145 per litre but were reluctant to sell to motorists.
Some motorists on the queues expressed displeasure over the situation and urged the government to act fast before it degenerated into a major problem. 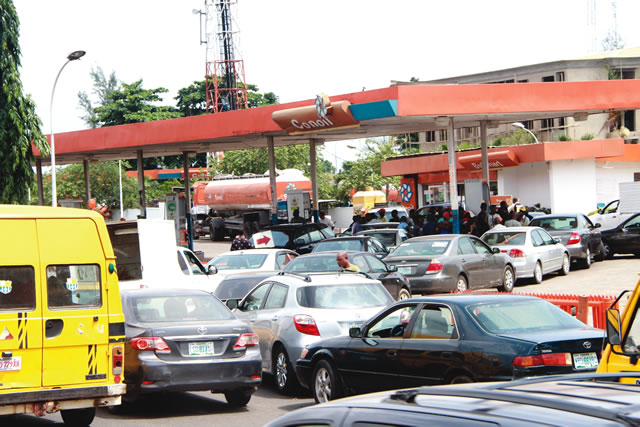