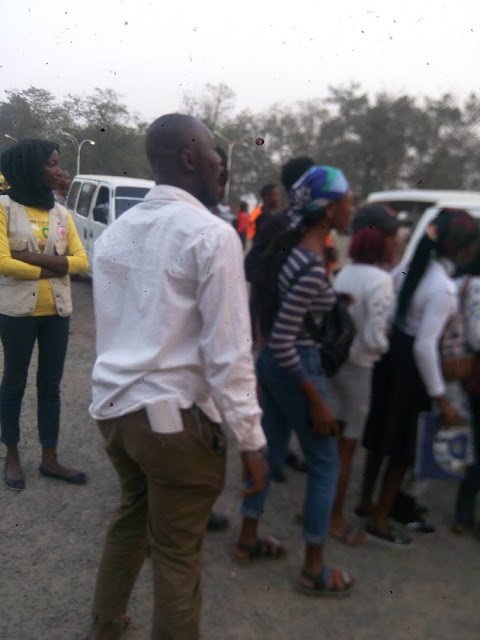 Unilorin SU officials coordinating the queue at the school park. Photo credit: Sanni Fatima & Ajulo Taofiqat Kunmi.
In recent weeks, the shortcomings surrounding transportation has been a major concern all over the country. Across both private and public institutions involved and responsible for the smooth running of various machineries in all states.
In the metropolitan city of Ilorin, Kwara State Nigeria, the challenges are not any different, but rather worst as only few vehicles are spotted moving on streets, including the use-to-be-busy ones. Some people are of the perception that some filling stations are hoarding fuel, few are of the opinion that the price of fuel is a daylight robbery, while others blame the federal government for not doing well enough in the petroleum sector.
The situation, as it were, in the University of Ilorin, is not better-off. The recent resumption of academic activities on  campus coupled with the scarcity of fuel has made academic activities tasking to students, the university and other stakeholders on campus, in carrying out their duties and responsibilities. This has also further blunted the exercise of students’ rights on campus, as students experience varying degrees of indiscriminate charges by drivers, missing of lectures, tests and among others, helplessly.
In an attempt to unravel the causes of the situation, UCJ UNILORIN set out to gather information from various stakeholders within the university community. Our previous publication featured the transportation perspectives and the attendant problems faced Kwarans in general and students in particular. 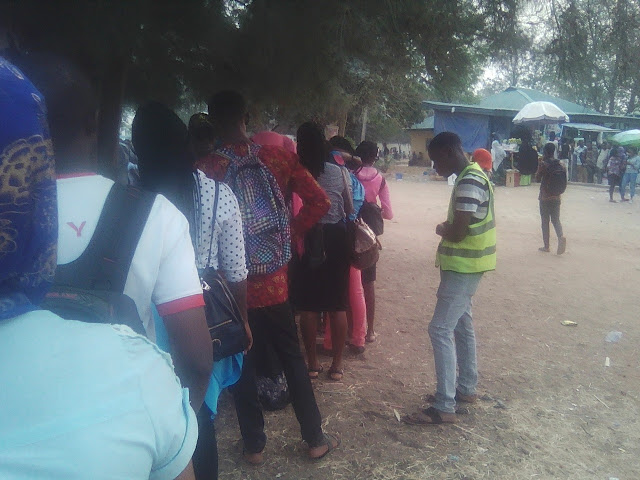 Another SU official sited coordinating the queue. Photo credit: Osuji Chima F.
According to the Student Union Welfare Secretary (PS), Mr Asukuti Ibrahim Abdullah, “Transportation is one of the major challenges and I must say, we have tried our immense effort to alleviate this and it has reduced. If we could recall, towards the end of last session, we had little or no problems and at the very start of this session, the situation was okay.
“However, not until the springing up of the fuel scarcity…it is a national issue but we were able to manage it and it is under control. You can see for yourselves (points at the situation at the park). But we have achieved a lot on this issue and we are not going to stop. The Student Union Intervention (150 capacity) for instance, the MST (Maigidi Soludero Transit) only two were allocated to each institution in Kwara state. 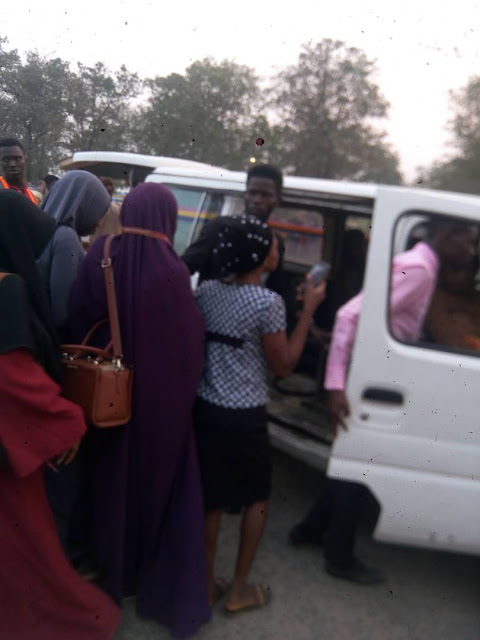 Unilorin students boarding a bus in an orderly manner. Photo credit: Sanni Fatima & Ajulo Taofiqat Kunmi
“But we were able to get six and we pleaded with them to extend their official time  from 4p.m to 7p.m. The University Marcopolo, the number of Koropes have increased on campus from about 64 to 100, NAKSS shuttle, Ilorin Emirate transport Scheme, AIT are not left out. In fact, I was at Offa and Osun state to meet with their chairmen.” Her further to extol the kind gestures given them by some stakeholders in the university community
He says: “The Student Affairs Unit, Subdean, Mr ‘Ambassador’ (2013 Student Union President), for their fatherly advice. Work departments really helped us and we really appreciate Prof. Ojo, the VC. And I’m using this medium to tell the school management to invite more private firms to establish more accommodation on school campus and must not be exorbitant because our financial status differ.”
He goes further to urge all Unilorin students to be organised, well behaved and law abiding. He says: “Let us follow rule, where there is rule, there is punishment, where there is no rule, there is no penalty. Most students don’t join the queue. This MST glass was broken two days ago and we had to plead before it was settled. Together we can,” he admonished. 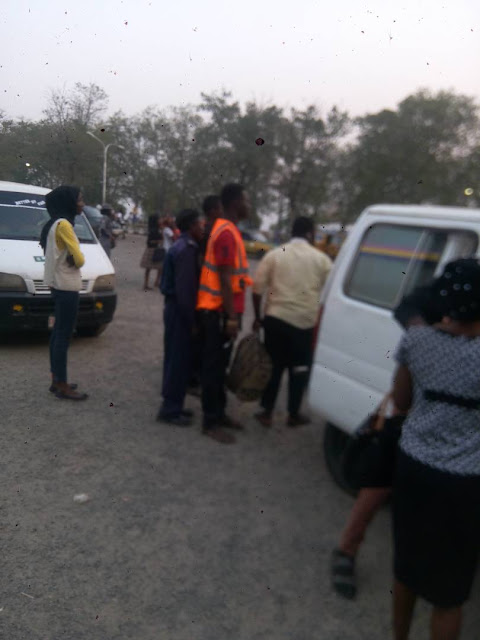 Members of the SU Task Force in action at the school park. Photo credit: Sanni Fatima & Ajulo Taofiqat Kunmi.
Corroborating the views of Asukuti, the Sub-Dean of Student Affairs, Dr Alex Akanni, confirmed the efforts made by the stakeholders in the university community in their bid to cushion the negative effect of fuel scarcity on the students. He goes further to disclose to UCJ UNILORIN, the extent to which the school management has gone in ensuring that the ugly situation was brought under control.
He has this to say: “Indeed the VC went round and making contacts that yielded positively even with what we later have to the degree of our ability. Myself was almost everywhere since Sunday evening linking up with those that could help. We later had about 6 Soludero buses asides reasonable modifications in prices (reality of prevailing situation). The DSA also made serious efforts,” he concluded.
As at the time of filing this report, all efforts to get words from the Student Union President, Reedof, is yet to yield a positive result. However, UCJ UNILORIN gathered that Mr President has been working assiduously along with members of his team to reduce the stress of the transport challenge on students.
TOMORI, Idowu Uriel
OSUJI, Chima Francis
NURUDEEN, Aishat
Jesuloni
For;
UCJ, UNILORIN.
Tags: Unilorin Dailies