The Kano State Governor, Dr. Abdullahi Ganduje, says his administration has spent N208m on the empowerment of 5,200 Masu Shayi (tea sellers) in the state.
Ganduje stated this on Saturday while distributing empowerment items to the 5,200 tea sellers from the 44 local government areas of Kano State.
The distributed items included cartons of noodles, cocoa beverage, liquid and powdered milk, tea, crates of eggs, nylon and cups, baskets, brown and white sugar, spaghetti and bread.
At an elaborate ceremony held at the Open Theatre, Government House, Kano, Ganduje said each of the beneficiaries would also receive N40,000 cash as take-off capital.
He described the distribution of the materials as a significant milestone and the first of its kind in the history of Kano, adding that it would also boost the economic potential of the tea sellers and their families. 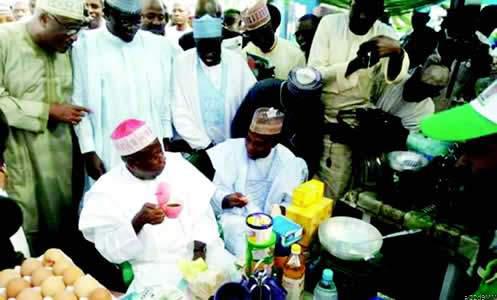