Talks on forming a coalition government in Germany have collapsed after the free-market liberal FDP pulled out.
FDP leader Christian Lindner said there was no “basis of trust” with Chancellor Angela Merkel’s conservative CDU/CSU bloc and the Greens.
What happens next is unclear, but Mrs Merkel is due to meet President Frank-Walter Steinmeier, who has the power to call snap elections.
Her bloc won September’s poll, but many voters deserted the mainstream parties. After winning its first parliamentary seats, the far-right nationalist AfD (Alternative for Germany) vowed to fight “an invasion of foreigners” into the country.
Mrs Merkel said she regretted the collapse of the talks, adding she would meet the German president later on Monday to formally tell him negotiations had failed. “It is a day of deep reflection on how to go forward in Germany,” she said.
“As chancellor, I will do everything to ensure that this country is well managed in the difficult weeks to come.” Aside from early elections, Mrs Merkel could also form a minority government with the Greens, who are yet to comment. 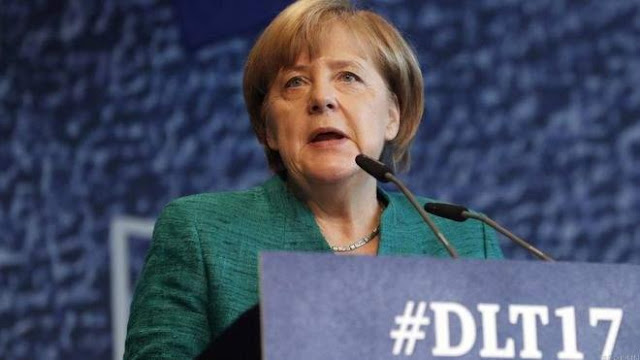