Presiding Bishop of the Living Faith Church Worldwide, Dr. David Oyedepo, challenged academicians to ‘stop being merely bookish and start grooming thinkers’.
Oyedepo also declared that the greatest challenge facing the black man is not intellectual bankruptcy, but laziness and inability to task his thinking faculty towards realising assets that will benefit his immediate environment.
The Chancellor of Covenant University said his experiences with those in the academia shows that many of them are simply so proud of having become an authority in their chosen fields.
He, however, noted that that is not enough as they need to go a step further by indoctrinating in young scholars the art of thinking out ideas which would address some of the challenges plaguing the black continent.
Oyedepo said global solution providers such as Albert Einstein, Isaac Newton, and The Wright Brothers among others, once had a brainwave in their time which led to great revolutions in their respective fields.
UCJ, UNILORIN. 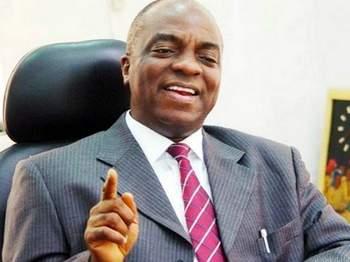