Atletico Madrid are to report Barcelona to Fifa over an alleged illegal approach for striker Antoine Griezmann.
The 26-year-old France international signed a new contract earlier this year, committing him to Atletico until the end of the 2021-22 season.
Griezmann has been linked with a number of clubs, including Manchester United.
However, it is understood Atletico’s complaint is only with Barcelona, who they claim have spoken to people around Griezmann, including family members.
The Spanish club say that breaks Fifa regulations. 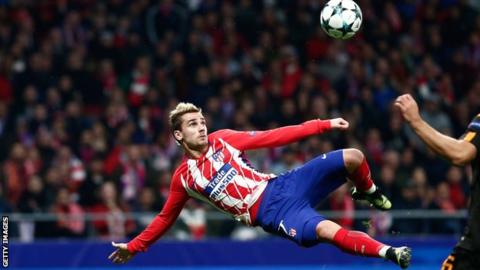