The US state of Hawaii has tested a nuclear attack warning siren for the first time since the end of the Cold War.
The resumption of the monthly tests comes amid a growing threat from North Korea’s missile and nuclear programme. Pyongyang has tested a series of ballistic missiles and in September carried out its sixth nuclear test.
Hawaii, in the Pacific, already has a monthly test of sirens warning of natural disasters, including tsunamis.
The nuclear attack signal uses a different, wavering tone, warning residents and tourists to stay indoors and await further instructions.
The last time a nuclear attack warning siren was tested in the state was in the 1980s in the final years of the Cold War. But it sounded again on Friday morning and will be repeated on the first business day of every month. 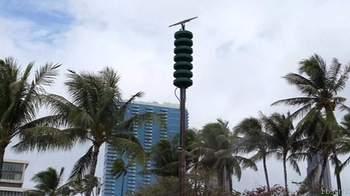