Chris Hemsworth is dapper in a suit while hitting the red carpet at the Australian premiere of his anticipated film Thor: Ragnarok held on Friday in Gold Coast, Australia.
The 34-year-old actor was accompanied at the premiere by the director of the flick, Taika Waititi.
Guardians of the Galaxy director James Gunn shared his thoughts on the movie on social media, posting that it had “captured the batsh*t crazy fun of ’80s.”
“It’s the most colourful of all Marvel films – I mean, Guardians of the Galaxy Vol. 2 is practically sepia-tone in comparison – and it’s also the funniest,” James continued in the glowing review on Facebook. 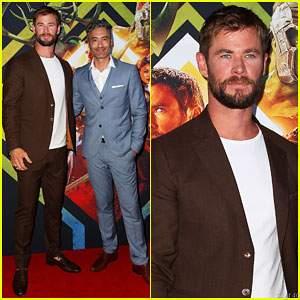