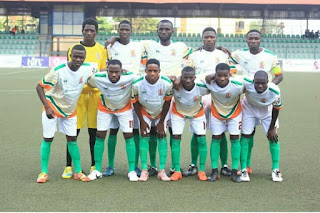 The Giants won the bronze in a 3:1 score against the Warriors at Agege Stadium, Lagos on Saturday.