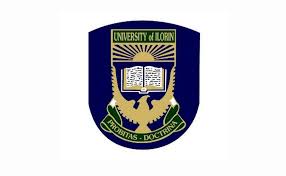 The president of the university of Ilorin students union, Animashaun Oluseyi, has decried the involvement of National Association of Nigerian Students, NANS, in the negotiation with the school management over the hike in the school charges.

According to the lead we got this morning, a call was put through to the president of the Union, Comrd. Animashun by the chairman of the state chapter of NANS. But in his response, Animashun rejected the offer on the ground that the issue is still in-house and as such no external influence should be allowed in it, at least for now.

Animashun was said to have responded that although the Union appreciate the NANS’ concern and their offer but he would further appreciate if they can allow the Union to frontier the negotiation with the school management.

However, the Kwara State chapter of NANS has, against the appeal from the SU, written the University management to request for negotiation.

While speaking with UCJ, UNILORIN, comrd. Animashaun expressed his disappointment in the  step taken by NANS, which he described as totally uncalled for.

In his words, “the SU is yet to exhaust all options of negotiation available, it is quite unneccesary for NANS to wade into the matter at this time. We wish to make it known to the general public that the students union has nothing to do with this development. We will be meeting with the school later today and we hope for a favourable discourse. No external influence is required now. ”

A meeting of the students union, presidents of faculties and other stakeholders and the school management has already been scheduled for today, Monday 5th 2018.