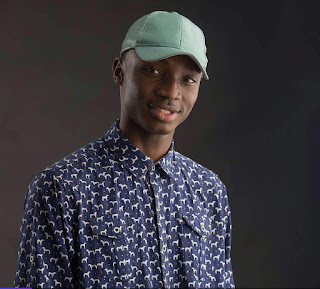 In an interview with Union of Campus Journalists university of Ilorin, Hassan Ahmed (a 400 level student of the department of performing arts), the CEO Juju House of comedy, shares his experience in the movie industry, his challenges, breakthrough, success story as well as his current project “Morphe” (featuring Olumide Oworu and Coco Igwe Ice on set).
The producer of the movie “Aduke” (the first student Nigeria movie to be approved by West Africa Inc in Russia), offers an insight into challenges faced by students entrepreneur and how to overcome them, while stating what viewers should expect in his forthcoming event themed “Metamorphosis.”
UCJ: Can we meet you?
Hassan: I’m Hassan Ahmed Oyindamola.  I’m 19rs old and a student of the department of the performing arts.
UCJ: What inspired to venture into the movie industry?
Hassan: Well , growing up I’ve always been a huge fan of Steven Spielberg….I learn from his stories….his filmography influenced my decision to go into the movie industry.
UCJ: Can you brief us on  the last movie produced by you “Aduke”?
Hassan: Whewwww. … Aduke was an amazing experience, I still relive the moment every day. Down from the first day on set to the last day. I really appreciated how the audience related to how I told my story . The premiere in Unilag was amazing, I was quite scared cause I wasn’t sure they’ll love it as the students in unilorin did. But when I heard the uproar from the crown I told my self “boy , you just told a story”
UCJ: What message were you trying to pass across with the movie “Aduke”?
Hassan: As a writer I try to make my story satirical. The message of Aduke was just to correct that, money is not everything in a relationship, love should be the driving force and not money. Although money is necessary, but you still need love.
UCJ: What were the challenges faced during the production?
Hassan: Just like any budding teenager with dreams, you face financial issues, which will sometimes discourage you from making your dreams a reality, but I thank God for my family and friends they’ve been amazing. Also casts were not that excited to be on board because they felt they had nothing to gain. So I had to always woo them every time on set with words of encouragement just to make sure they have an acute concentration on the project.
UCJ: Who is your role model?
Hassan: From a long list….Steven Spielberg.
UCJ: Why Steven?
Hassan: Do you ever feel like when ever you hear someone speak, and it seems like he/she is referring to you. There’s something about Spielberg that keeps you want to keep trying to push your ideas forward. He once said “you don’t need all the money in the world to make a movie, you can have a budget of 500 dollars and still make an amazing motion picture, it is only possible if you’re an eccentric filmmaker.”
UCJ: When is your next movie coming out?
Hassan: I’m having my first premiere feb 6 2018.
UCJ: What’s the title of the next movie?
Hassan: Morphe
MORPHE is a movie about transformation. Change. It is all around us, it makes us who we are.
And it molds us into that eventual reality that we crave for. Follow the epic journey as we enter.
A world that will not only captivate but enrich your sense of adventure in a quest to be great. See the metamorphosis of a human being. 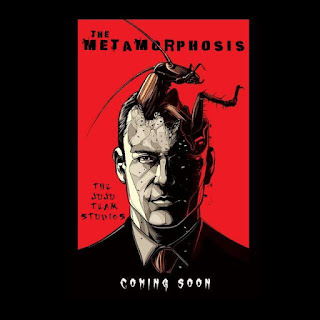 The movie include actors like Olumide Oworu (TARI FROM THE JOHNSONS AND WEKI FROM MTV SUGAR) and a cameo from COCO IGWE ICE FROM BIG BROTHER 2017.
Morphe is directed towards a student audience and is due to premiere in METAMORPHOSIS. 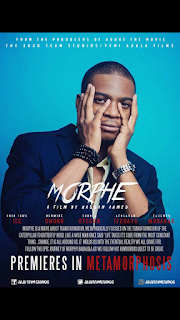 UCJ: What should we expect?
Hassan: I have really improved since Aduke the movie. The audience should expect better directing, good picture and sound quality, amazing acting and most of all, an amazing story line.
Kareem Zainab,
UCJ, UNILORIN.
Tags: UCJ Interview