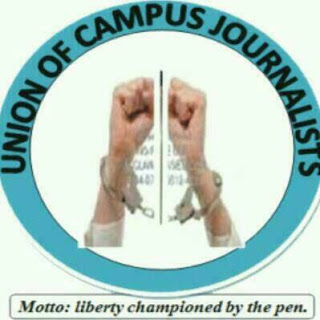 It’s unfortunate to see how the collective aspirations of a people is being hijacked and thwarted by anti-forces of the rule of law. The most shocking of this excessive display of power politics is the ‘insider job’ carried out by those who have been entrusted with the sacred duty of ensuring free, fair and credible elections. They’re the masquerades dancing spiritedly to the enchanting tune of the powers that be. Their sole mission statement is designed to subvert the mandate of the electorate. Put differently, they’re the foot soldiers being used by the controlling hands of the Commanding Officer to squash the face of the opposition.

Unfortunately, Mr Animashaun Emmanuel Oluseyi (Hesjay) is the biggest casualty in this game of power politics. This brave, audacious and intelligent young man was screened out under controversial circumstances by the electoral committee.  And what reason did they adduce? His purported failure to meet one of the criteria by serving twice consecutively in the Senate? Really? This is preposterous! In fact, it’s the most laughable comedy half hour show we’ve ever seen. The whole world knows this isn’t the true position as regards Mr Animashaun’s eligibility. He has not only served in the Senate twice consecutively but also has been a consistent congressman of ILUMSA.

Heaven knows the tool of interpretation employed by the relevant authorities to exclude Mr Animashaun from the presidential race. Though the interpreters may have been vested with the power to exercise discretion when it comes to constitutional questions, yet they must do so judicially and judiciously in the public interest.

The object of this piece is not sponsored blackmail, however, we’re using this medium to tell the power brokers involved in the ILUMSA ‘electoral arrangement’ that the world is watching. This is indeed a shame of the highest order as well as a huge dent on the magnificent image of ILUMSA. The whole brouhaha makes nonsense of the enviable history of the association over the years. In fact, ILUMSA general elections has never been this politicized and hijacked by external forces.

Members of ILUMSA should take solace in the fact that, regardless of the times, there’s always an expiry date to every act of oppression. Yes. Oppression will eventually fall down to what is called ‘People-Power’ — legitimate resistance and human rights. History is replete with great lessons of public figures who have been taught the hard lessons of life. The great Julius Caesar of Rome was conquered by members of his inner circle. Adolf Hitler was defeated by an alliance of nations despite his near conquest of the world. Alexander the Great also had his own fair share of this misfortune. The apartheid regime was eventually dismantled. American Segregationist policy bowed to the pressure of civil disobedience. Spartan figures like the late Sani Abacha, Idi’Amin of Uganda, Charles Taylor of Liberia, etc. were equally not spared by the two-edged sword of karma. A cursory look at the aforementioned scenarios, reveals a common denominator — that life itself is transient, and by extension, no living mortal on the surface of the earth can ever play God. Never!

The ongoing election of the Ilorin Medical Students Association (ILUMSA) is a classic example of broad daylight robbery; the election has been marred with a truck load of irregularities from day one.  The whole process has become a viable tool in the hands of the electoral umpires to tactfully delist certain political aspirants from the presidential race. God bless Ilumsites for registering their dismay at the polls where, collectively, they affirmed their collective resolve by sending a strong signal to some quarters that the people are indeed sovereign when it comes to electoral matters. Consequently, the sole presidential candidate who is generally regarded as the ‘endorsed candidate’ by the power brokers, could not muster the constitutionally required two-third majority votes to be declared winner. For the purpose of record, out of the total valid votes of 305 cast, he managed to secure 94 yes votes, but 211 voters said no to his ambition. This represents a poor showing of 30.8 percentage in a scale of hundred. This is record breaking!

Prior to Mr Animashaun’s exclusion from the race, a former presidential aspirant was equally delisted for the same reason. However, his exclusion was eventually received in good faith as justified on the premise spelt out by the electoral committee. But then, that of Mr Animashaun remains fantastically absurd to the extent that it defiles existing material fact and simple logic.

Sequel to the poor showing by the sole presidential aspirant at the last election, a so-called ‘run-off’ election had been scheduled to hold today the 25th January, 2018. What’s interesting about it? All those who were previously screened out remain ineligible to contest. The most ridiculous of the new electoral guideline is the proviso that says if an aspirant is running unopposed, he/she will be deemed elected ‘automatically’. In other words, the electoral umpire is saying, ‘there’s no need for 2/3 majority votes, just come as you are, if you’re unopposed, that’s an automatic ticket for you’. No problem Mr Electoral umpire, the fate that befell the previous sole presidential aspirant, will greet those cleared to run the presidential race if they are products of predefined electoral arrangement.

Another issue worthy of mention is the Ilumsa Senate. The Senate President was reported to have resigned from office on the premise that, his tenure has come to end. By implication, the power to regulate electoral guidelines has been deferred to a third party based on the doctrine of necessity. We have some fundamental questions for Mr Former Senate President: with your wealth of experience on the floor of the House, don’t you know that government is a continuum? Mr Retired Senate President Sir, haven’t you heard of the ageless maxim that says there’s no vacuum in government? Flowing from the aforesaid, you remain the Senate President until and unless a succeeding parliamentary session is inaugurated. Our real question then is, why did you make such hasty move to resign yet acting as an office holder at the same time? Or is there be an undertone for doing so beyond what the ordinary eyes can’t see? You resigned yet was said to have interpreted the constitution along with your Commanding Officer behind closed doors, isn’t it?

Where on earth has it ever occurred that a whole governmental institution is kept aground in a vacuum by virtue of tenure expiration before a general election? Where on earth is the power to interpret the Constitution vested in an entity other than the legislature or the judiciary? In fact, the so-called Ilumsa constitution itself is a complete sham; it embodies in part, laws borne out of political interests as against public morality. It needs overhauling so as to give little or no room for external interference. As it stands now, most stakeholders are afraid to speak for fear of victimization. Everyone prefers to watch as events unfold and do nothing about it. They prefer submitting themselves to resignation in the final analysis simply because they operate in a unique environment that is defined by administrative superiority and docility in the guise of loyalty. Wake up Ilumsites! You’re all stronger together through the agency of aloha!

This is not a clarion call on Ilumsites to mutiny against the school authority at the COHS as regards the ongoing electoral fraud. However, aggrieved parties are urged to adopt lawful means to seek redress. A good point of call is the Student Union Court whose judges are largely incorruptible and have delivered sound judgements well received by many. Recently, these most senior judges have reversed unpopular decisions by authorities within the Union and as such, we believe justice will surely be served.

Even the Student Union seems helpless about the situation due largely to the position of the Ilumsa constitution which arrogates unfettered powers to the office of Executive Adviser, or the overwhelming nature of the whole scenario. Obviously, political thespians are threading softly in order to avert a collision course with each other, thereby leaving the fate of Ilumsa members hanging in the balance. Could this be a reenactment of the proverbial hardship suffered by the grass during the duel of two elephants? We believe the general wish of Ilumsites should be respected. And that’s one of the beauties of the University of Ilorin which is renowned for its ‘no-door policy’ between the school authority and the students. This is one of the reasons behind the cordial relationship between the Student Union and the university management in spite of consistent moments of disagreement.

But then, there’s need to ask an important question: will the aggrieved parties ever summon the courage to file a law suit in the Student Union Court if it turns out that their mandate has been stolen? Well, let the key players ponder on this, and decide their own fate legitimately. One thing is certain, the world is watching and posterity is taking record of the goings on in Ilumsa right now.

This is an editorial of the Union of Campus Journalists, University of Ilorin Chapter, Ilorin, Kwara State. All rights reserved.