The Ilorin University Medical Students’ Association (ILUMSA) have officially flagged off its annual health week program tagged, “Medicine and Entrepreneurship: Opportunities Beyond the White Coat.”
UCJ Unilorin gathered from the organisers that the 2017 edition is the 34th in a roll since the inception of the initiative.
According to the Salifu Wesley-led administration, the rationale behind the theme of the programme, was occasioned by a clause in the Hippocratic Oath which “requires physicians to attend to their own health, well being and abilities in order to provide care of the highest standard.”
Therefore, the ILUMSA executive thought it wise to proffer a leeway to achieving the said clause as stated earlier. Consequently, it birthed the idea of medical entrepreneurship and by extension, has been giving a pride of place in the ongoing health week programme.
At the press briefing of yesterday, 11th December, held at Lecture Room 4, College of Health Sciences, the Vice President, Oyeyiola Nafeesat, gave a break down of activities for the programme.
According to her, the weeklong programme will feature the following events: Press Briefing/Inter-Class Competition (Monday), Inspire ILUMSA 2.0/Inter-Class Football Tournament (Tuesday), Medical Outreach to Eiyenkorin/Finals of Inter-Class Football Tournament (Wednesday), ILUMSA Research Day/Variety Night/Film Show (Thursday), and ILUMSA Trade Fair (Friday) of which, according to the Vice President, is the first of its kind in the history of ILUMSA.
Questions were fielded and satisfactory answers were given by officials of ILUMSA present at the press briefing.
The President, Salifu Wesley, gave an overview of the success and challenges of his administration. According to him, his tenure witnessed a lot of positives which include: establishing an eatery for members of ILUMSA, tutorial classes, securing approval for students to ply the new college route from the permanent site, and a befitting health week with new initiatives.
He went further to state that he would like to be remembered as a team player and showered encomiums on his fellow executives and other ILUMSA stakeholders for a job well done.
The event was attended by dignitaries such as: the Sub Dean, Dr. Akanbi II Ajibola; the Student Union Vice President (COHS), Jimoh Harafat; the SU Welfare Sceretary (COHS), Muritala Sarafadeen; ILUMSA President, Salifu Wesley; the Vice President, Oyeyiola Nafeesat; and the ILUMSA Senate President, Adedapo Mustapha.
Others include: Animashaun Emmanuel (Hesjay),  Afolabi Great, Lawal Abdulwahab among others.
Osuji Chima Francis
&
Rasaq Sodiq Adebayo
UCJ, Unilorin. 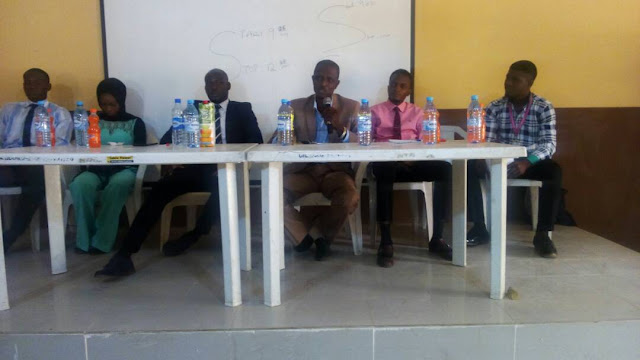 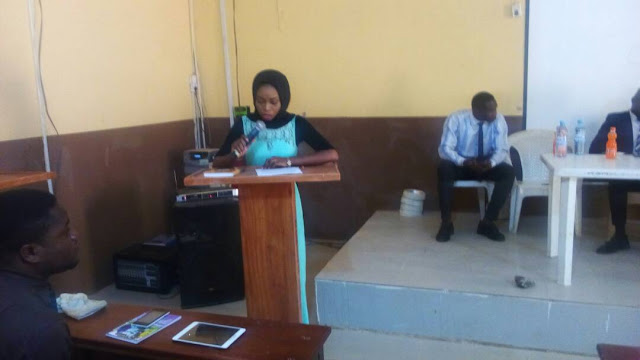 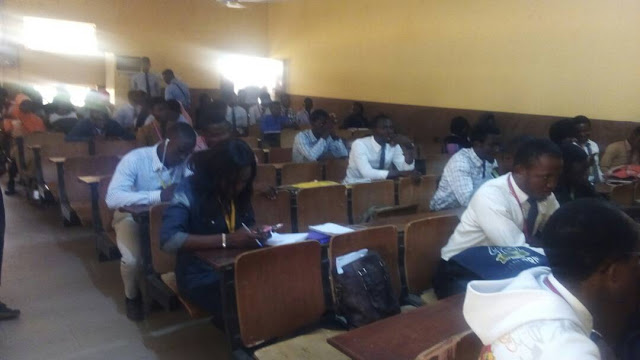 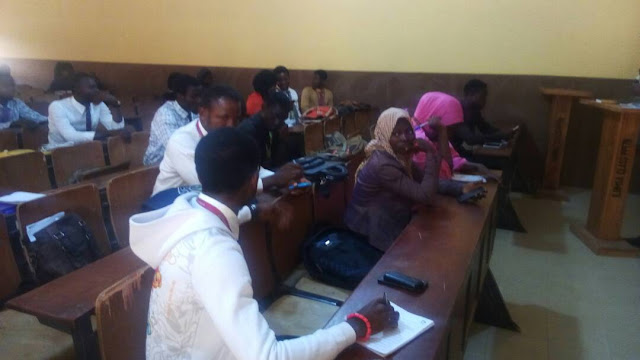