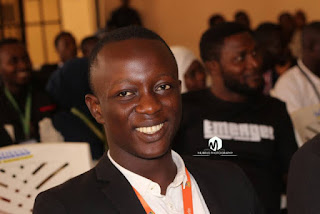 In an exclusive interview with UCJ Unilorin, the Student Union President of the university states the concerns, causes, challenges and solutions to the issue of insecurity on and off campus.
He states that inadequate police personnel off campus and the age of securities on campus are causes of insecurity and incessant attacks on students of the university.
UCJ: What’s your take on insecurity generally?
Reedof: I am not pleased with recent happenings on campus. When you look at the way students complain bitterly in recent days over the issue of insecurity both on campus  and off campus.  But as a matter of fact the issue off campus is very wide, because Tanke community is big and it keeps developing day in day out, one of the challenge I think we are having in Tanke is owing to the fact that we have just a division (f division) covering the whole of tanke, that is equivalent to a local government so it’s challenging.
We have less number of police and when you look at the number of people in Tanke today, they are nothing less than a hundred thousand if I am not mistaken, because students in Tanke alone are more than 25,000 coupled with those that reside there.  When we have a large number of people residing in a particular area like Tanke community, a congested area, there would definitely be people that would perpetrate evil, hiding under the population, and don’t forget that evil start with a mindset before it integrate into the group then they start executing their plan.  So if there is a good working security measure in place, that should have relieved the university of the burden Off campus. But as it is what we are just clamouring for is for the state government to step up the number of personal that works in F division so that they will be able to protect lives and property.
UCJ: You mentioned that the state government should step up the number of personnel,  what step have you taken to ensure this is executed?

Reedof: We have met with the commissioner of policeman’s we were made to realise that recruitment is not something that can just be done suddenly or at the discretion of the commission,  it is something that is done nationally and it is seasonal.  There is a particular time for to recruit and when the time comes, they would definitely do so. Our prayer now is for the time to come on time so that they can get more personnel in other to step up the standard and coverage of F division.
Digressing to campus, in recent days we are not happy with happenings but we thank God that lately things are getting better than what triggered the action of the Students Union to have an indoor security meeting. When the issue was becoming rampant, we saw the need to ensure the issue is relieved to the barest minimum or totally eradicated.  We had to make some moves, we first understand and examined the causes of insecurity. If you will agree with me most of the people that perpetrate evil hide under darkness. Wherever is dark,  people tend to hide and wait for students to come so they can perpetrate evil act.
Secondly,  we realized that our students fail to work in group. You know even if you are walking at night but you are in group, it becomes scary for those who want to approach them.
Also we realise the security strength of the campus is beyond what our security personnel can handle so during our close door meeting we also came up with the resolution of engaging the paramilitary group,( man o’ war and cadet) to embark on night patrol. People can attest to the manifestation in fact, not quite long they caught a culprit around Arafims hostel and students’ property were recovered. So it has shown the effect and the result that has been yielded, so on the issue of illumination the Union has taken steps to ensure that we have proper lighting on our campus particularly in the night and that was what triggered our movement to go outside the four Walls of the university to sought for people that can do that for us. I can show you evidence of the approved letter to bring more light into the university and where it will be positioned will be determined by the Union.
We don’t want to rely solely on the university management alone, though we know it’s their responsibility but we don’t want to hide under the fact that they are facing some challenges but we believe if we can go out there to sought for aid will consolidate what the university Management is doing.