One of the twin boys who were conjoined at the head has opened his eyes four days after a historic surgery to separate them in India, a doctor says.
Two-year-old Jaga has also responded to simple commands, including moving his limbs. He is on a ventilator and needs daily dialysis due to kidney problems.
His brother, Kalia, is not yet conscious and has suffered seizures. The boys were born with shared blood vessels and brain tissues and a 16-hour surgery separated them.
A team of 30 doctors carried out the operation – the first of its kind in India – at a state-run hospital in the capital, Delhi.
Both boys are stable and doctors are satisfied with their progress so far, Professor Deepak Gupta, who was involved in the operation, told the BBC. 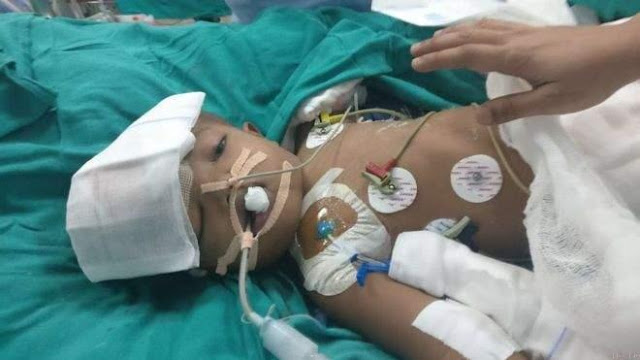