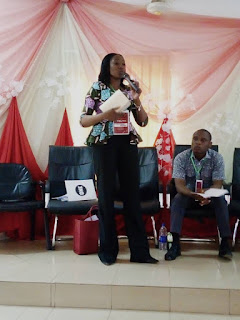 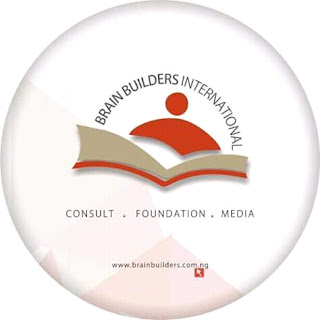 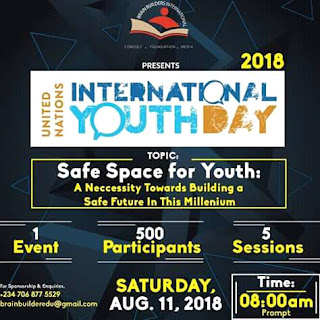 As part of this year’s United Nations International Youth Day celebration, Youths of Nigeria have been charged to devise means through which their built-in potentials can be harnessed and thus contributing to the overall development of the country.

The call was made by a series of speakers at this year’s International Youth Day Summit organised on Saturday, August 11th, 2018 by the Brain Builders International at NUJ Hall, opposite St. Anthony Secondary School, Offa Road, Ilorin, Kwara State.

In reflection to this year’s theme: “Safe Spaces for Youth: A Necessity Towards Building a Safe Future in this Millennium” as designed by the United Nations for this year’s IYD celebration, the speakers at the event encouraged the youths to develop fellow through the spirit of creating spaces for themselves as it is evident that the government policies have failed to allow for such spaces and for the youths to thrive.

The Convener of the summit and the Executive Director of Brain Builders International (BBI), Messrs. Olasupo Abideen Opeyemi, in his welcome address to the delegates and guests present stated that “safe spaces for youth has to do with  political invulnerability, public confidence and assurance, economic growth and development. And its discussion involves the discussion of the necessary measures needed to be put in place to ensure youth freedom to explore their environment while exercising their energy through productive actions.”

The Keynote Speaker, Mrs. Serrah Makka Ugbabe, the Director of One Campaign in Nigeria, in her speech titled “If They Don’t Create It, You Create It” encouraged the youths to devise potential means to create viable spaces for themselves. She opined that if there was no space however, youth should endeavour to create one for themselves.

Another of the seven speakers gathered at the summit, Mr Uadamen Ileubaoje, Head of Tracka, BUDGIT, made an analysis on the budget of public projects in various constituencies and senatorial districts, and enlightened youths on the areas of other government’s financial commitments and which according to him, ostensibly, accounts for reasons the expectations by the people and particularly the youths have not been met. He talked about what his organisation is doing towards ensuring the government is brought to accountability and how youth can help in the campaign to end the frivolous spendings of the government which, in the end, compounds the problems the Nigerian youths are being faced with.

He recommended that youth should acquaint themselves with what is going on around them and develop the habit of asking questions about their welfarism from the people in government; follow up projects earmarked for their constituencies and challenge them when need be.

Another speaker at the summit, Mr Temitope Amujoo, Chairman, AmuGold Group, in his speech, charged Youths on the reason they should develop themselves by acquiring the right entrepreneurship skills that would enable them get their share of the safe spaces; importantly now that the government has really done little or nothing to help the spaces to he created. He encouraged them  not to waste the talents God has deposited in them as according to him “what one does defines he or she better; It is one’s first identity.”

Mr. Amujo further enjoined youths to creatively work on perceivable problems in their immediate environment; and devise means to solve those problems. He explained that it is first by identifying the problems and brood on the possible ways such problems could be profitably solved as a way that Nigerian youths can emancipate themselves and build a safer future for their generation and those coming behind. He was however quick to debunk argument that there were no much new concepts to venture as an entrepreneur, he said “Nigeria’s problems are too much for anyone to say there’s no problem to solve.”

Amujo further specified things to do to create the sustainable spaces. According to him areas such as: “Social-entrepreneurship; profit enterprises; and intraprenuraship” are the sure ways to create spaces for the safe future of the youths.

In the train of the guest speakers was also Ms Oluwatoyin Aremu, Lawyer and PPP Analyst at Kwara State Public-Private Partnership Bureau. She enumerated the areas in which government could help in actualizing people’s dreams. She specifically stated that the Kwara Gtate Government had created enabling environment to accommodate youths with bankable business ideas. She then encouraged Nigerian youths to work on their talents in order to collectively solve the problems confronting Nigeria as a nation.

Also, at the summit were, as guest speakers, Dr. Lawal Olorungbebe, Director, Center for Community Development, Kwara State University; and Messrs. Dayo Nigeria, Director, Matadors Leadership Institute. In their separate addresses, the duo shared with the audience experiences that made them what they are today and enjoined youths to emulate their unique stories in order to channel a better cause for this generation.

According to Dr. Olorungbebe, “the way Nigeria is structured, there is no space for the youths… Government will not, but we have to create it ourselves.”

Dayo Nigeria also charged Youths to develop a questioning mind; saying “productive anger to the current state of affairs is the only way forward.” He encouraged the youths to “think more of people when you do certain things; it will guide you.” Dayo further advised.

International Youth Day (IYD) is an awareness day designed by the United Nations to annually draw the attention to a given set of cultural and legal issues surrounding youth. It is an event celebrated every 12th of August. The theme for this year is “Safe Spaces for Youth: A Necessity Towards Building a Safe Future in this Millennium”.