Iranian state TV has broadcast what it says is the confession of a Sweden-based Iranian national in jail⛓ in Iran.
The 17-minute 📹programme purports to show 46-year-old Ahmadreza Djalali admitting he spied on Iran’s nuclear programme for Israel. Mr Djalali, an emergency medicine specialist, was sentenced to death on the charges in October.
Appearing relaxed in the footage, Mr Djalali says he was involved in an important defence project. He says the project brought him into contact with Iran’s top nuclear scientists, and that he regrets having betrayed their trust.
At least 4⃣ Iranian nuclear scientists were assassinated on the streets of Tehran between 2009 and 2012, and the documentary suggests that Mr Djalali was responsible for identifying at least 2⃣ of them.
While in solitary confinement, Mr Djalali has previously said, he was 2⃣ times forced to make confessions by reading out statements written by his interrogators.
He says he was put under intense pressure, through psychological torture and threats to execute him and arrest his children, to “confess” to being a spy for a “hostile government”. But he said such claims were fabricated.
UCJ, UNILORIN. 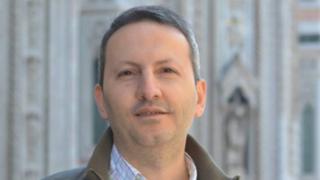