The security dilemma being presented to the 2018 World Cup is growing with the usual fear of football hooliganism being overshadowed by ISIS and their graphic threats against the tournament.
A number of posters and online images have been created by the terrorist organisation without Neymar and Lionel Messi two players presented in their latest efforts.
Furthermore, coach Didier Deschamps has been depicted as an ‘enemy of Allah’ with France one particular nation which has seen an increase of terrorism activity in recent times. 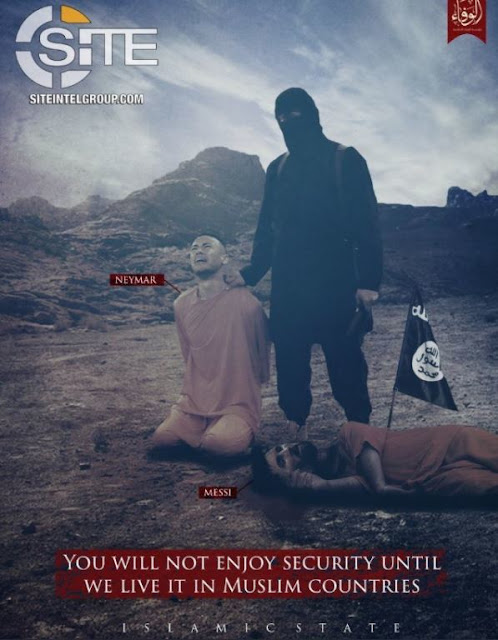