Israeli, Australian and New Zealand leaders have commemorated the 100-year anniversary of the Battle of Beersheba.
The World War One battle in what is now southern Israel is considered a key moment in the Allies’ efforts to break the Turkish line and capture Jerusalem.
Australian PM Malcolm Turnbull described it as “part of our history”. To mark the occasion, about 100 Australian horsemen took part in a small-scale recreation of the battle’s defining charge though the desert.
On 31 October 1917, Australian and New Zealand cavalry galloped towards to the Turkish trenches and seized control of the city, a strategic crossroads and important water source.
Israeli Prime Minister Benjamin Netanyahu said the victory ultimately helped create the state of Israel.
“Exactly 100 years ago brave ANZAC [Australian and New Zealand Army Corps] soldiers liberated Beersheba for the sons and daughters of Abraham and opened the gateway for the Jewish people to re-enter the stage of history,” he said. 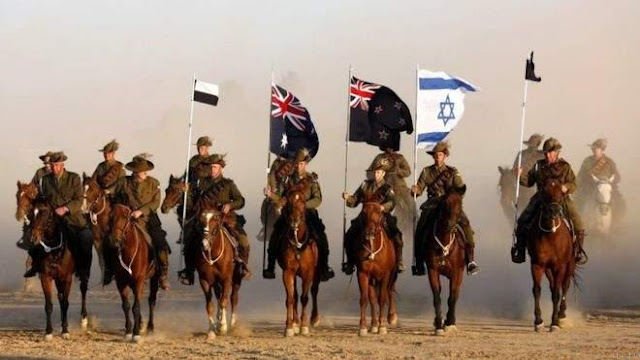