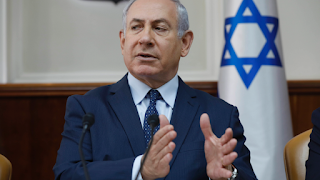 The development comes after Israeli media indicated that despite public declarations, Israel is concerned about the ramifications of such a move.

Netanyahu says the organization “perpetuates the Palestinian refugee problem” and the “right of return narrative, in order to eliminate the state of Israel.”

The U.S. is the largest donor to UNRWA, the U.N. agency that assists Palestinian refugees. Ending the American aid could precipitate a humanitarian crisis, particularly in the impoverished Gaza Strip, where the majority of residents are eligible for UNRWA’s support. Israel could find itself footing the bill.