Italian prosecutors are investigating the deaths of 26 Nigerian women – most of them teenagers – whose bodies were recovered at sea.
There are suspicions that they may have been sexually abused and murdered as they attempted to cross the Mediterranean. Five migrants are being questioned in the southern port of Salerno.
A Spanish warship, Cantabria, docked there carrying 375 migrants and the dead women, following several rescues.
Twenty-three of the dead women had been on a rubber boat with 64 other people. Italian media report that the women’s bodies are being kept in a refrigerated section of the warship. Most of them were aged 14-18.
Most of the 375 survivors brought to Salerno were sub-Saharan Africans, from Nigeria, Senegal, Ghana, The Gambia and Sudan, the daily La Repubblica reports. Among them were 90 women – eight of them pregnant – and 52 children. 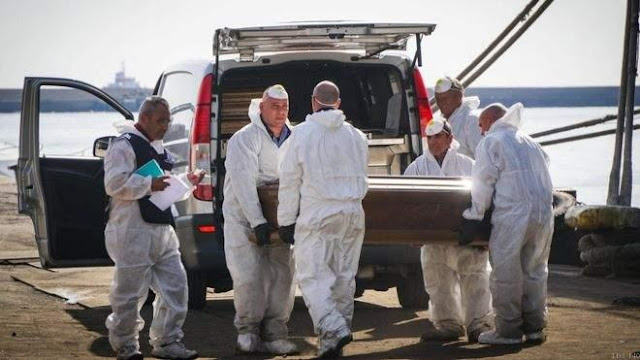