The Chief Justice of Nigeria and Chairman of the National Judicial Council, Walter Onnoghen, has confirmed the resignation of retired Justice Ayo Salami as Chairperson of the Corruption and Financial Crimes Cases Trial Monitoring Committee.
Mr. Salami was appointed chairperson of the committee by the NJC in September, years after he left office as president of the Appeal Court under controversial circumstances.
A statement from the NJC’s Director of Communication, Soji Oye, announced the appointment, saying Mr. Salami would head a 15-member committee to implement the task of monitoring corruption cases in the country.
Mr. Onnoghen’s spokesperson, Awassam Bassey, confirmed to PREMIUM TIMES on Thursday that Mr. Salami had turned down the appointment. 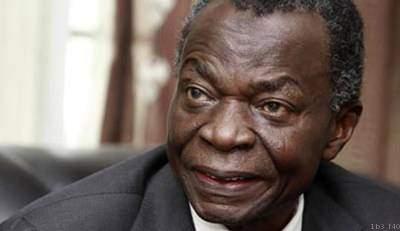