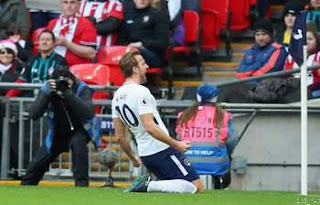 Harry Kane set a new record for Premier League goals in a calendar year with two first-half strikes against Southampton on Tuesday.

The Tottenham star’s Boxing Day goals were his 37th and 38th in the English top flight in 2017, breaking the record set by Alan Shearer in 1995, the year he won the title with Blackburn Rovers.

It has taken 22 years, but few will be surprised that it is Kane who has ended the England great’s hold on the record.

Kane scored 21 times in the second half of last term from the beginning of the year, including hat-tricks against West Brom, Stoke and Hull, with four in one game coming against Leicester City.