The British government has issued a fresh warning about the security risks of using Russian anti-virus software.
The National Cyber Security Centre is to write to all government departments warning against using the products for systems related to national security. The UK cyber-security agency will say the software could be exploited by the Russian government.
Security firm Kaspersky Labs, accused in the US of being used by the Russian state for espionage, denied wrongdoing.
Kaspersky Labs is widely used by consumers and businesses across the globe, as well as by some parts of the UK government. Around the world, 400 million people use Kaspersky products.
For it to work, anti-virus software like that sold by Kaspersky Labs requires extensive access to files on computers and networks to scan for malicious code.
It also requires the ability to communicate back to the company in order to receive updates and share data on what it finds. However, the concern is that this could be used by the Russian state for espionage. 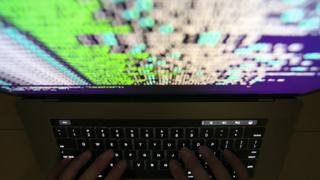