Security has been tightened in Kenya as voting gets underway in a re-run of the presidential election which is being boycotted by the main opposition.
Kenya’s President Uhuru Kenyatta, who is seeking a second term, has urged people to vote and remain peaceful.
Opposition leader Raila Odinga, who has pulled out of the election re-run, has called on his supporters to boycott it.
Mr Kenyatta was announced the winner in an 8 August vote but the poll is being held again because of “irregularities”.
The polls on Thursday opened at 06:00 (03:00 GMT) with tens of thousands of police and other security personnel deployed to protect voters and polling stations. 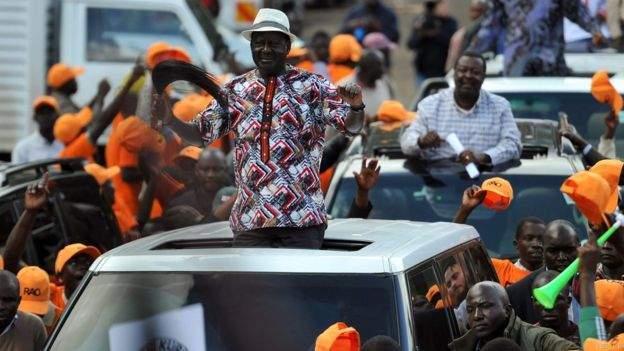