Homa Bay Town MP Peter Kaluma has drafted a bill seeking to split the country into the People’s Republic of Kenya and the Central Republic of Kenya.
In the Bill to be tabled in Parliament, Kaluma wants 40 out of the 47 counties to secede and form the People’s Republic of Kenya.
Kaluma argues that these counties have continually been discriminated upon by successive governments.
The Bill says while all important public appointments have remained the eternal; preserve of a few, the national budget is permanently skewed to benefit a few groups, communities and regions while marginalising the rest.
The MP says the rest of the country has been rendered mere taxpayers without corresponding rights to equal opportunities and service.
“The current administration has captured the state and totally emasculated Parliament, commissions and independent offices established to secure good governance,” the draft Bill reads.
According to the Bill, the People’s Republic of Kenya would include major counties such as Nairobi and Mombasa. 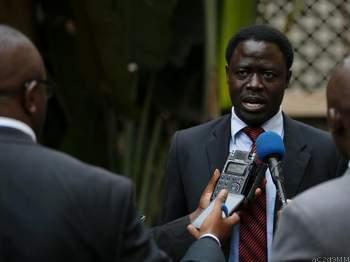