Spain’s King Felipe VI has said Catalonia “is and will remain” an essential part of the country.
He told an awards ceremony in the northern city of Oviedo that the Catalan government was causing a rift and Spain would solve the problem through democratic institutions.
Prime Minister Mariano Rajoy will announce the full set of measures on Saturday, two days after a deadline for Catalonia’s autonomous government to abandon its independence bid.
The central government has said it will trigger Article 155 of the constitution, which allows it to impose direct rule in a crisis, for the first time.
King Felipe Catalan President Carles Puigdemont and other separatist leaders who organised the referendum had “broken the democratic principles of the rule of law” and showed “disrespect to the powers of the state”. 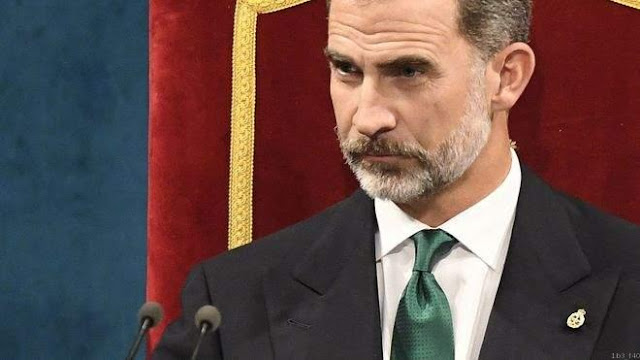