A video showing a mild drama between the Chief of Staff to the President, Abba Kyari; and the Head of the Civil Service of the Federation, Winifred Oyo-Ita, is trending online.
The incident happened at the Council Chambers of the Presidential Villa, Abuja, on Wednesday before the commencement of the Federal Executive Council meeting.
In the video, Kyari and Oyo-Ita appear to be engaged in a heated argument, as Vice-President Yemi Osinbajo listens to the two sides.
The discussion is believed to be about Oyo-Ita’s memo to Kyari on the embattled former pension boss, Abdulrasheed Maina. The memo is believed to have been leaked.
Others who were present included the President of the Senate, Bukola Saraki; Speaker of the House of Representatives, Yakubu Dogara, and the National Chairman of the All Progressives Congress, John Odigie-Oyegun.
UCJ, UNILORIN. 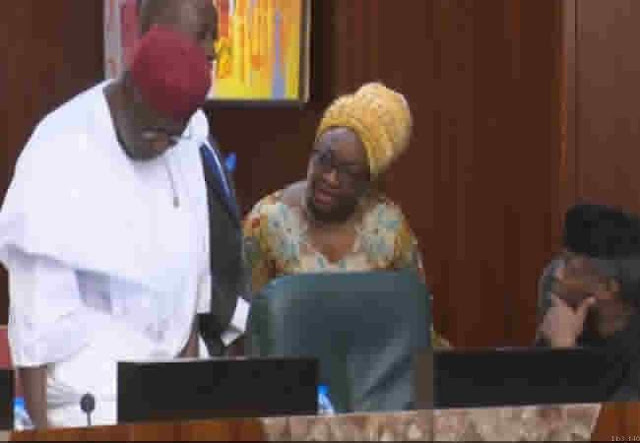