Lady Gaga has become engaged to her agent boyfriend Christian Carino, 48.
The 31-year-old singer accepted his proposal over the summer, according to UsWeekly, but did not want to make an announcement as she was battling fibromyalgia, it’s been claimed.
The proposal took place about one year after the New York native broke off her engagement to actor Taylor Kinney, who famously presented the blonde songbird with a diamond ring in the shape of a heart. 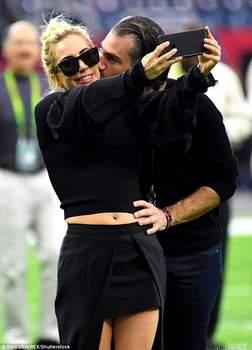