The common belief of today is that the last common ancestors of humans and apes were the size of chimpanzees.
Now, researchers studying the human family tree found that the last common ancestors of early humans and apes are likely primates that are as small as gibbons.
Researchers state that contrary to the common belief that primates developed overhand hanging and swinging because they had become too heavy to walk on top of tree branches, it appears as though the swinging and hanging movements developed first before the body mass increase later on.
What’s more, they believe that the common understanding that early human evolution involved only either staying the same size or increasing in size may not be so, as they also found evidence of size decrease in the process of our lineage’s evolution.
Such changes are believed to be possibly caused by a multitude of factors such as environmental factors, and others such as tool use and food availability. 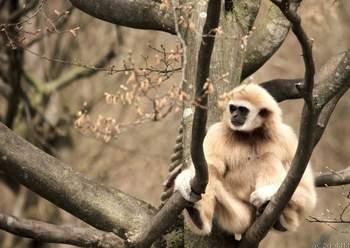