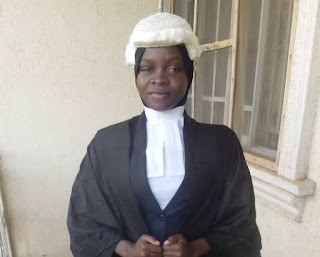 The Muslim Lawyers’ Association of Nigeria has described as unlawful the recent refusal by the Nigerian Law School to allow Firdaus Amasa entrance into the venue of the ‘Call to Bar’ ceremony recently in Abuja because she put on hijab.

MULAN made the declaration in a communique on Monday in Katsina shortly after its three-day extra-ordinary National Executive Committee meeting. It read: ” the refusal to allow the appellants wear it (the hijab) on their uniform is a clear infraction of their rights.”

The National President of MULAN, in his presentation, encouraged lawyers to rise up to the challenge of ensuring the peaceful co-existence of Nigerians with respect and obedience to the rule of law. Justice Musa Abubakar, who represented the Chief Judge of Katsina State, Justice A. Yusuf, on the occasion, urged Muslims not to be discouraged by what he described as recurring global persecution but to hold on tenaciously to the tenets of Islam.