Robert Lewandowski became the first Bayern Munich to score in all of their first seven home Bundesliga games as they took a six-point lead at the top with a 3-1 win over Hannover.
Bayern looked poised for another routine win when Arturo Vidal opened the scoring in Saturday’s encounter at the Allianz Arena after 17 minutes.
That prospect appeared an inevitability when Lewandowski rolled home on the rebound, but his effort was ruled out by the Video Assistant Referee, setting the tone for a chaotic end to the first half.
Hannover almost immediately won a penalty that Niclas Fullkrug netted, but was frustrated as that strike was chalked off for encroachment and the retake was saved by Sven Ulreich.
Charlison Benschop restored parity, though, marking the first goal Bayern have conceded at home since Jupp Heynckes replaced Carlo Ancelotti as coach.
A second-half Bayern onslaught looked set to go unrewarded until Kingsley Coman powered home before Lewandowski made history from the penalty spot, giving Heynckes’ men added breathing room as nearest rivals RB Leipzig slumped to a 4-0 loss at Hoffenheim. 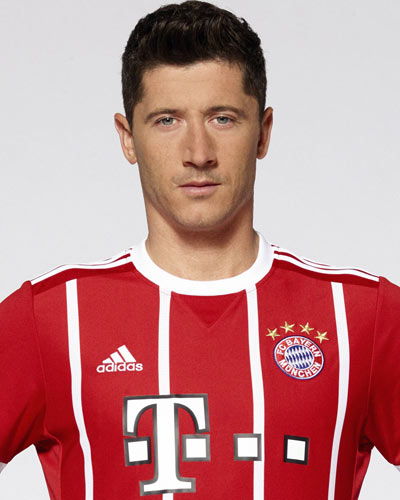