Fiona Mozley, 29, is the author of the “wildcard” work Elmet, which is one of six novels still in contention for the £50,000 literary prize.
Mozley, the second youngest author to reach this stage, began the book four years ago when she had just moved to London after finishing a degree at King’s College, Cambridge.
At the time, the author, who was born in Hackney but grew up in Yorkshire, was living in a cramped house-share in Honor Oak Park and working as an intern at literary agency Artellus Ltd.
Despite the book’s early promise, she kept her writing secret from friends and family. “I did not want to set myself up for a fall, I didn’t want to expect it to be published,” she said. “I thought if I didn’t tell my friends I was writing it I’d be more likely to finish. So I just got on with it.”
It tells the story of a father and his two children who come into conflict with landowners after they build a home for themselves. 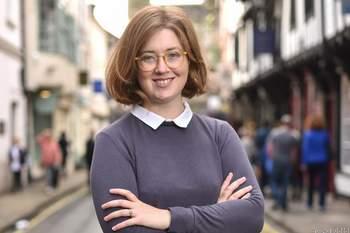