Barcelona will not give Real Madrid a guard of honour prior to Saturday’s Clasico and Luis Suarez believes it is the right decision.
It is Los Blancos’ first game since winning the Club World Cup in Abu Dhabi but the Blaugrana will not honour them on the field prior to the game.
The news was confirmed by Guillermo Amor and Suarez gave his take on it in an interview with RAC1.
“That guard of honour is a new thing for me since arriving in Spain,” the Uruguayan said.
“I know it is said that in the rules if you are also in that competition which your opponent won, then you do it as a sign of respect.
“But on this occasion, we had nothing to do with the Club World Cup so we don’t have to do it. That’s the decision the club made.”
Although Real enter the game off the back of picking up another trophy, Barcelona always enter El Clasico in strong form, and their 4-0 win over Deportivo put them 11 points clear of their rivals. 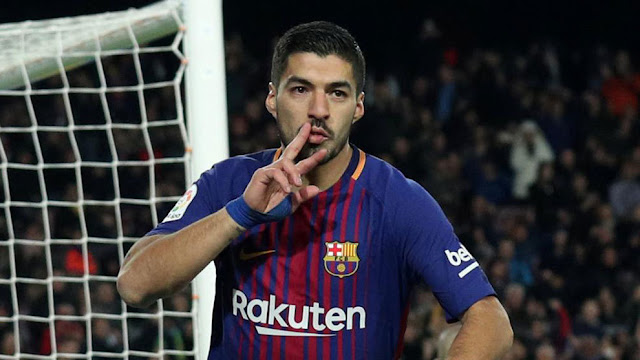