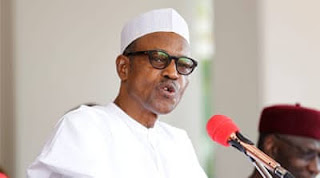 President Muhammadu Buhari has warned Nigerian elites to stop misleading the people through their unguarded utterances.

Buhari, who is the visitor to the University of Uyo, according to the News Agency of Nigeria, gave the warning at the 24th convocation ceremony of the institution on Saturday.

The President, who was represented by the Director of Corporate Communications, National Universities Commission, Mr. Ibrahim Yakasai, said development and progress could not thrive in a hate-filled and divisive society.

He said universities as home of great thinkers, should give guidance to the communities to enable the people to make informed decisions as the nation approached the 2019 general elections.

He said that the Federal Government would not condone or tolerate incendiary remarks capable of causing fear and spread hatred among the people, from any person or group of persons.

Buhari said that the Federal Government would continue to do its best to ensure security of lives and property in the country.

The President said, “At this point, I want to be very clear and equivocal, that the Federal Government will never condone or tolerate incendiary remarks from any person or group of persons, which are meant to harass, intimidate, cause fear and spread hate, no matter how highly placed such a person is.

“We should continue to live together as brothers and sisters.”

The President called on the new graduates to look beyond leaders who had failed themselves and the nation but should choose their heroes from among those who believe in the progress of Nigeria and emulate those honest and hardworking in their professions.

Buhari said there was a need for the curriculum of Nigerian universities to be diversified to include entrepreneurial skills to help graduates to employ themselves and others after graduation.

The Vice-Chancellor, University of Uyo, Prof. Enefiok Essien, said 32 students from the institution graduated with first class honours in the 24th convocation.